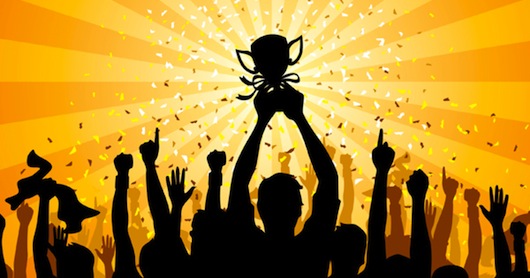 A couple of Sundays ago, the world almost witnessed a super bowl blowout.  The Falcons fans were celebrating and proclaiming victory over the Patriots.  It was unfortunate for the quarter back of the New England Patriots, Tom Brady.  He had endured so much adversity in the last couple of years.  He served a four-game Deflategate suspension and was fined, not to mention that his reputation was at questioned.  He was accused of winning the Super Bowl 49 with deflated balls.  The media talked about him on national television and many people judged and discredited him. But God!  He was redeemed in front of the same media and television audience.   In conclusion, The Atlanta Falcons blew a 28-3 lead against the New England Patriots.   In the 4th quarter the New England Patriots forced the first overtime in Super Bowl history!  New England Patriots went on to win the Super Bowl with a 34-28 overtime victory!  Tom Brady was named the Super Bowl 51 MVP.  The same platform that was used to tear him down was the same platform God used to redeem him! Not only did the Patriots win, but record breaking history was made.  That’s the kind of God I serve!!

I don’t know what you may be facing today, but I came to remind you that God specialize in the impossible.  Lay your burdens at his feet.  It may look like you are losing, but keep your faith that God will come through.  It may seem like you are running out of time, but I serve a God that will show up and will collapse time for you.  He is able to tie things up and force overtime for your break through! Victory belongs to you!

Say this out loud: “VICTORY IS MINE.”

Galatians 6:9    And let us not be weary in well doing: for in due season we shall reap, if we faint not.

Here’s How the Patriots Won Their Fifth Super Bowl

I'm a dedicated wife and mother of a blended family of five children. I started a personal relationship with Jesus Christ on March 2, 2013. From that day forward, my life has forever changed! I love Jesus and I have a passion for helping women of all ages and walks of life. I have been married to my loving husband, Michael since 2005 . We have experienced God's unmerited favor on our lives. However, It has not always been easy. Just like other married couples, we have faced many obstacles: In-law issues, financial issues, blended family issues, infidelity, cheating, etc. In 2011, we were near a divorce and our marriage was nearly over, but God had other plans for our union. He has restored our marriage, healed, and delivered us both. We are now SYMBIS Marriage Counselors and the proud founders of A2GG (Adding 2 God’s Gifts (Adding2godsgifts.com) A2GG is a sports development and mentor-ship program for the youth. To conclude, we enjoy attending church and helping families overcome the strategies of the enemy. View all posts by Telleice Caraway

One thought on “Victory is Mine!”